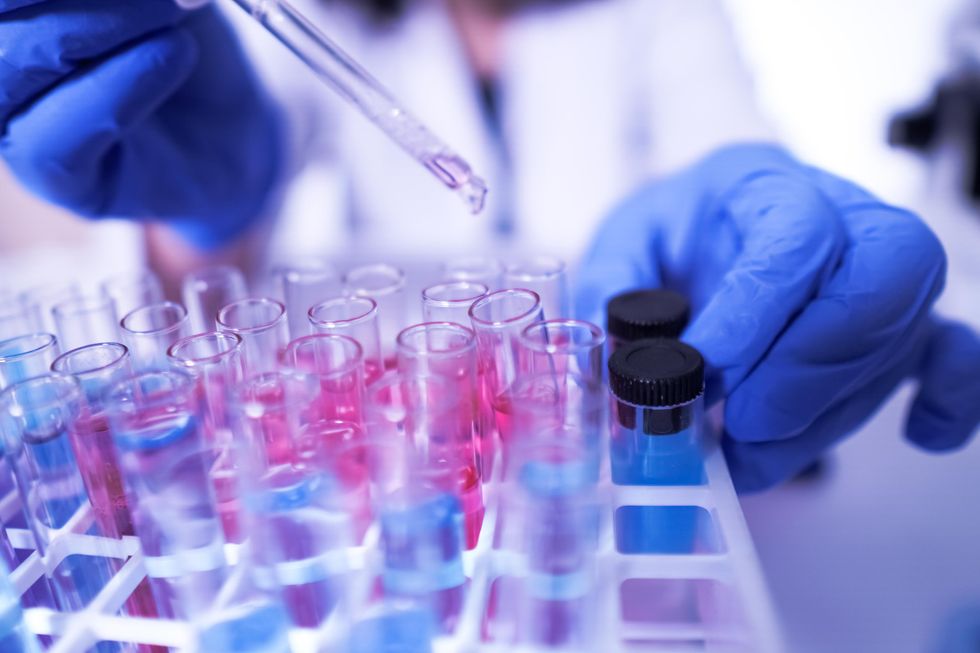 Genes are like a recipe for a soufflé: If one instruction is missing, it can cause a big problem. But with genes, the stakes are much higher than just being embarrassed in front of your mother-in-law. A single error in the double helix of the human genome’s four-letter DNA alphabet can cause a debilitating disease.

Earlier this year, Emmanuelle Charpentier and Jennifer Doudna shared the Nobel Prize in Chemistry for developing a revolutionary gene-editing tool called CRISPR-Cas9 (CRISPR). Nearly as revolutionary is that this was the first Nobel Prize in science shared by two women.

CRISPR-Cas9, which functions like a spellchecker, elegantly repairing DNA so that genetic code can once again read as it should, works even better than previous generations of CRISPR. Over the last decade, the technology has allowed researchers to alter genes to fight cancer and treat a range of other diseases, from HIV to blood disorders.

A lack of women in biomedical sciences research

Since 1901, the Nobel Prizes and the Prize in Economic Sciences have been awarded to 930 people and 25 organizations, yet only 57 of these individuals have been women. In total, only 22 Nobel Prizes in the sciences have gone to women. This is a big problem, as recognizing more women, involving them in the scientific discussions of the day and funding their research could have major implications for women’s health.

We’ve known for decades that increasing gender diversity in the biomedical sciences leads to increased attention on women’s health issues. For example, researchers started spending more time on health conditions that affect women, such as breast cancer and autoimmune disease, only after more women entered academic research in the 1980s and 1990s.

The number of women who receive research doctoral degrees in the U.S. has doubled since 1997; nonetheless, marked disparities still exist. A 2019 study, for example, showed that women with no female peers are less likely to graduate within the typical six years than males in their same program.

How to move the needle on gender diversity

If we include women not only as researchers, but also center them as participants in studies, I believe we will start seeing even more benefits to women’s health.

A 2019 study that reviewed sex data from tens of thousands of published articles and clinical trial records determined that women made up 49% of participants in clinical trials. Despite this even representation, the study also showed that sex biases against female participants in clinical studies persist. For instance, although many females were represented in articles and records for digestive disease and musculoskeletal disorders, they were underrepresented in studies for certain disease categories, including HIV/AIDS, chronic kidney disease, mental disorders, neurological disorders and respiratory diseases.

CRISPR-Cas9 gives us an exciting opportunity to keep moving the needle in the right direction. Earlier this year, CRISPR technology was used to develop a test that detects the virus that causes COVID-19 in a matter of minutes. And there are vast possible therapeutic applications, including treating conditions such as blindness and HIV and using it as a promising targeted gene therapy approach for triple-negative breast cancer, an aggressive, often terminal, disease that accounts for 12% of all breast cancers. Imagine the wide range of diseases and conditions we can focus on, including some of the ones that still fall victim to sex biases, if we continue to get women involved and supported in the sciences.

Before Charpentier and Doudna received this year’s Nobel Prize in Chemistry, in 2016, they were both awarded a L’Oréal-UNESCO For Women in Science International Award. This award is given every year to female researchers addressing some of the world’s biggest challenges, and it helps position women as leaders in their respective scientific fields. Such accomplishments serve as stepping stones to success, providing women with the resources to continue their work.

The importance of the CRISPR tool Charpentier and Doudna developed demonstrates the magnitude of contributions women can make to science. Prominent recognition for their accomplishment, like winning a Nobel Prize, helps to bring attention to the fact that we need to break down barriers that prevent women from becoming leaders in their respective areas of science.

Diversifying the biomedical field has been shown to be an essential component of equitable science, and more women than ever are receiving recognition for their work. The gene-editing tool Charpentier and Doudna created has the power to rewrite life as we know it.

It’s thrilling to consider how their work — and the work of other female researchers waiting in the wings for recognition — may positively contribute to women’s health.

1. In Black and White Melbourne, Victoria, Australia About Podcast From alleyway gangsters to cold war spies to eccentric entrepreneurs,

Labor Mantras – How To Prepare For Birth

Working as a full-spectrum doula, my role is to provide non-medical support to people through labor, birth, and beyond.  Birth

The BEST Foods To Eat For Intermittent Fasting

Intermittent fasting has been front and center among the diets that work for women over 50. It’s even the cornerstone

The Many, MANY Benefits of Cherry Juice

These Are The Most Popular Diets In 2020

November 27, 2020 Rachel Murphy 0
We use cookies to ensure that we give you the best experience on our website. If you continue to use this site we will assume that you are happy with it.OkNoPrivacy policy
You can revoke your consent any time using the Revoke consent button.Revoke consent