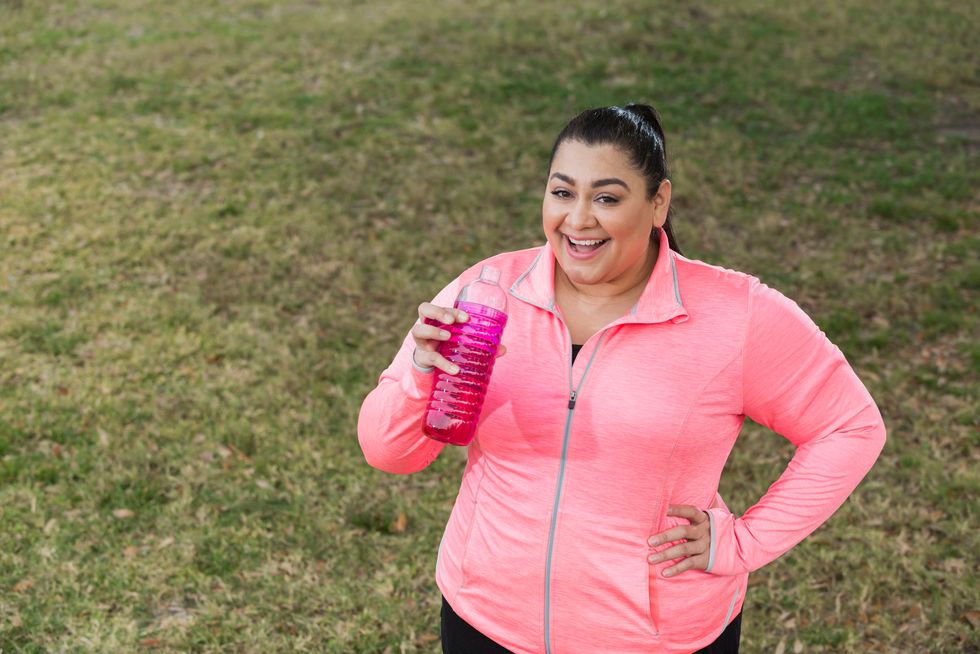 Fifteen years ago, Marissa Epstein, director of the University of Texas Nutrition Institute and member of HealthyWomen’s Women’s Health Advisory Council, was bordering on obese. Her weight loss journey, which launched her nutrition career path, was largely inspired by success stories shared by other women.

“I used to cut pages from magazines of everyday women . . . It wasn’t pictures of their bodies that inspired me, but the lifehacks they figured out,” said Epstein, who was the associate director of Let’s Move!, Michelle Obama’s White House initiative to address childhood obesity.

Epstein suggests that drawing inspiration from others with similar goals may help people with obesity who want to lose weight. With COVID-19’s third wave approaching, there’s never been a better time to start.

Dr. Sarah Finn, medical director of Dartmouth-Hitchcock’s Weight and Wellness Center, defined obesity as a disease of communication in the body — a communication problem between the intestines and hormones that talk to one’s brain and fat cells.

Since 2013, the medical community has recognized obesity — a body mass index (BMI) of 30 or over, measured by weight and height — as a disease.

Across the county, obesity is on the rise. According to the Centers for Disease Control and Prevention’s (CDC) 2019 Adult Obesity Prevalence Maps, more than 20% of adults were living with obesity across the U.S.

Patients with obesity rarely see a doctor without their weight being brought up. Finn called this the obesity bias: blaming the patient and incorrectly assuming obesity is a disease of willpower.

“A lot of patients with obesity don’t trust healthcare providers,” Finn said. This can lead to a severity in diseases due to the lack of preventive care: Patients with obesity are less likely to get annual physicals, screening exams and vaccines, Finn explained.

For people of color with obesity, that stigma is twofold: They’re facing systemic racism and the obesity bias in health care. A 2017 CDC article questioned the use of BMI to measure the health of African American women, noting that it “fails to account for differences in body composition, fitness levels and nutritional variances that can predict health and longevity.”

“There’s an economic reality to how we talk about obesity and how we consider it inside of the medical field,” Epstein said.

“We think inflammation attacks the nerves that are trying to communicate between the intestines, the fat cells and the brain,” Finn said.

One study found that patients with obesity had a 113% increased risk of getting COVID-19, a 74% greater risk of going into the ICU, and a 48% greater risk of dying. Another study showed that, in one hospital system, 77% of Covid patients were overweight or obese.

There are many theories regarding why obesity might increase the risk of COVID-19, including greater inflammation and more viscous blood, which is prone to clotting. Finn said it might also be pure mechanics — greater visceral fat around the organs presses on the diaphragm, limiting lung expansion.

“If they get a viral infection in their lungs, they won’t be able to breathe as deeply,” Finn said.

Despite biological mechanisms working against the obese body to lose weight, Epstein argued that, for most people, obesity is largely treatable with diet, exercise and support. She recommends finding a registered dietitian nutritionist to help address underlying psychological issues. RDNs are trained in diet coaching and behavioral therapy, which Epstein said is extraordinarily effective in treating obesity. She also recommends building a community around your weight loss goal.

“A support system is one of the best predictors of sustainable success for weight loss,” Esptein said, adding, “Address your content consumption before addressing your food consumption. Are you looking at and reading content that inspires you and encourages you in your journey?”

Even a small amount of weight loss (5%-10%) can be hugely beneficial, Finn said, urging folks to consider what’s in their control. Eating fewer processed foods, meditating for stress reduction, and moving more can support weight loss.

Though rarely used, Finn said anti-obesity medicines can also be useful in losing weight and keeping it off. She believes they’re used so infrequently due to providers’ lack of training and a misconception that today’s medicines are harmful.

Epstein noted that weight loss plateaus are real and a sign of success. If and when that plateau is reached, don’t be discouraged.

“You are now venturing into a new era of lifestyle changes for the long term,” Epstein explained. “This is really about fine-tuning and refining the choices that you make on a regular basis.”

No one is saying the journey is easy, but small, mindful lifestyle changes will have a bigger and longer-lasting impact than crash dieting.

In fact, Finn said dieting alone doesn’t work. Referring to the part of the brain that controls hunger and often interferes with weight loss attempts, Finn concluded, “Treating obesity is learning how to defeat the gatekeeper.”

1. Die By The Blade Buffalo, New York, United States About Blog A Buffalo Sabres Blog For Intelligent Fans. Your

How Long Does It Take To Lose 20 Pounds?

How to Stress Less this Holiday Season

November 19, 2020 Brynn McDowell 0
We use cookies to ensure that we give you the best experience on our website. If you continue to use this site we will assume that you are happy with it.OkNoPrivacy policy
You can revoke your consent any time using the Revoke consent button.Revoke consent